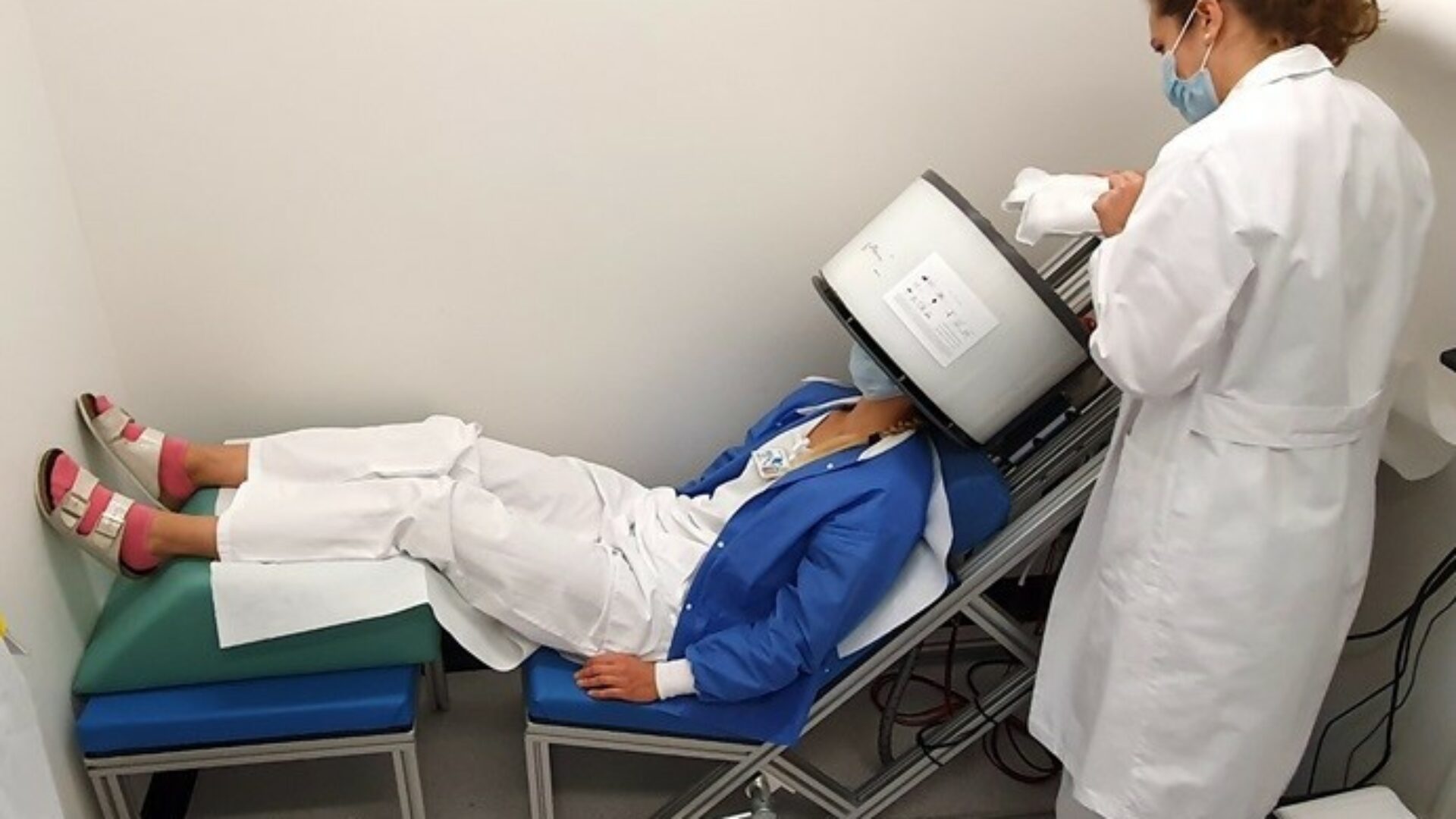 Positrigo is an ETH Zurich start-up focused on ultra-compact Positron Emission Tomography (PET) systems. The company delivers versatile head PET systems with applications for the accessible, early detection of signs of dementia and other brain related disorders. In ExploreBPET, Positrigo clinically tested the brain PET prototype BPET, developed by the Positrigo founders Jannis Fischer, CEO, and COO, Max Ahnen, in the Dissertori group of ETH Zurich’s Institute for Particle Physics and Astrophysics. The original idea for such a small brain PET device was derived from the work of professors Dr. med. Alfred Buck, former Head of the molecular neuroimaging unit at the Department of Nuclear Medicine at USZ, and Dr. Bruno Weber from the Institute of Pharmacology and Toxicology at UZH. Based on their initial idea, Dr. Werner Lustermann, Senior Scientist in the Dissertori Group, created and developed a first detector concept.

The ExploreBPET (Exploratory Study of BPET) study analyzed 10 participants. The BPET prototype is a small aperture PET scanner, designed to fit a human head. It was used with patients, which had just finished their regularly scheduled PET examination on a clinical whole-body PET/CT system. The ultra-compact BPET scanner showed feasibility for human brain in-vivo imaging. Patients and medical technologists offered promising usability feedback. A total of 9 out of 10 patients liked sitting, rather than lying down – required in a traditional PET scan. A total of 8 out of 10 patients liked being able to look out during BPET scan. Also, areas of improvement were identified for the next generation system NeuroLF. Together with collaborating clinicians and researchers, Positrigo is preparing a scientific dissemination of the results to be presented at upcoming conferences.

Jannis Fischer of Positrigo declares: “Despite the challenging times of the pandemic, we are excited to announce that we have successfully completed our first-in-vivo exploratory clinical study. PET is considered one of the most effective functional imaging methods, but whole-body clinical PET systems today have excessive space requirements, which are unnecessary for brain imaging only. This first real-world data set showed that brain PET imaging can be performed in a highly constrained location which is essential to define our next development steps towards successful market introduction.”

“This is a beautiful example of a successful transfer of detector know-how from particle physics to biomedical imaging and how fundamental physics research can lead to applications for the benefit of society,” concludes Prof. Dr. Guenther Dissertori, Director of Studies of the Physics Department and designated Rector of ETH Zurich.

Max Ahnen of Positrigo completes, “We look forward to conducting further studies in the coming year with our upcoming and improved product NeuroLF, focusing on the clinical evaluation of various applications of this novel device. We want to bring imaging to everyone.”

Learn more at http://www.positrigo.com or follow us on LinkedIn.